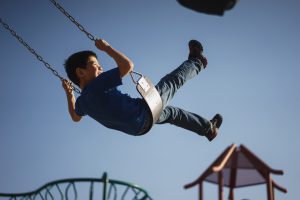 Samuel was constantly getting in trouble in middle school. He was frequently suspended and he struggled to read at the second grade level.  He couldn’t express himself well and didn’t seem to understand directions from teachers.  In eighth grade, he was expelled from school.  Soon after, he picked up a charge at juvenile court.  It wasn’t long before the public housing authority started eviction proceedings against Samuel’s family because of the delinquency charge.  An Education Rights Project lawyer helped Samuel get into a more structured, therapeutic school.   After transferring to his new school, Samuel began making educational progress and stopped getting in trouble.  As a result of Samuel’s progress, the District Attorney dismissed Sam’s charges and the housing authority stopped their eviction proceedings. Samuel and his family were able to stay in their home.

When he was just six years old and in Kindergarten, Joshua was arrested.  He was charged with disorderly conduct for throwing books in his school’s library.  He wasn’t just arrested.  He was also expelled from school for one calendar year. Education Rights Project provided legal representation to Joshua in his discipline appeal.  His expulsion was overturned and we helped Joshua receive special education services to address his learning disability in reading.  Today, Joshua is a happy middle school student who has had no further contact with the Juvenile Justice system